Over the last 25 years we have learnt more about how our brain functions than in the entire history of humanity. The new findings offer revealing truths for sciences such as medicine, as well as for social and administrative sciences.

Technologies such as MRI, CT scans and electroencephalograms have allowed us to discover the brain’s reactions to seemingly intangible issues such as emotions, guilt, justice or ethics. These findings are of utmost value for developing leadership in any field.

Today, to talk about neuroleadership makes complete sense, when applying tools that use the brain effectively for the development of leaders who are more conscious, inspiring and positive influencers. In this article I will tap into these findings to provide 3 keys that potentiate any leader’s skills.

Finding 1: Physical and social pain are similarly activated in the brain

For our brain, feeling the blow of a fall is practically the same as feeling social rejection by a group—at the very least, we process such information in the same place. Thus, the key is giving your collaborators constant recognition and a sense of belonging to the team that this can generate inside them. People feel the need to be part of something or a whole—the same reality occurs in organizations, employees who perceive their actions as part of a common goal or the outcomes of the organization will work with greater motivation.

Finding 2: The brain can modulate or change the strength of neuronal connections

This quality is known as brain plasticity and it is the outcome of a neural connection’s level of stimulation. This finding tells us that the brain can create new neuronal connections, but it also indicates that the neural networks that have been strengthened over time generate automatic behaviours in people who resist change. The human brain has approximately 80,000 daily thoughts of which more than 60,000 are the same day by day.

Finding 3: Emotions are triggered by neurotransmitters in response to environmental stimuli and have a high impact on our behaviours

There is a wide variety of neurotransmitters that activate the motor cells of our body, generating a broad range of behaviours. Being aware of the emotions we feel with certain stimuli can modify our response patterns. Research like that from the NeuroLeadership Institute concludes that hormones such as testosterone and cortisol have a high impact on the levels of aggressiveness 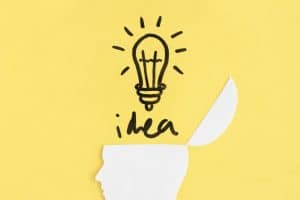 and stress that a leader handles. A leader essentially becomes an alchemist who can modify both his emotions as well as his team’s in accordance with the organization’s needs. For this purpose, he must develop keen powers of observation, in such a way that he generates the right emotions.

Finding 4: Stress is necessary for our brain to work

There is a strong correlation between the level of stress and performance. Various findings endorse the notion of flow put forward by Mihaly Csikszentmihalyi, where the optimal level of performance occurs when we have an optimal level of positive stress (also known as eustress). This essentially implies, when our brain secretes the right quantity of hormones, mostly cortisol and adrenaline.

Under little stress, our brain behaves in a very similar way to when we are under high stress: distracted, disorganized, defocussed and forgetful. With little stress, we relax more than necessary and enter the comfort zone. With high stress, our perception of threat is very strong, and it prevents us from acting more rationally and cognitively.

The right amount of cortisol and adrenaline, together with dopamine, facilitates bonding, enthusiasm and motivation to act and do things efficiently. This state is known as flow or the flow state. The leader’s role is crucial for helping other people get into the flow. So, take note of the following 3 keys:

Assign tasks and functions, not just based on skills but also on personal tastes or talents.

Assign sufficient times for these tasks: too much time can lead people to relaxing more than necessary and scant time can lead them to the other extreme.

To conclude, bear in mind that each person is a world of their own and so is his or her brain. The neuroleader can influence all kinds of people because he or she understands how their minds work and how each mind influences other minds. People who manage to master the mind, master primitive emotions of the brain and thus have more possibilities for influencing others more effectively.

About the Lensa Software

Since the market opportunity has grown significantly for information system application in early 2000, PT. Situsnet Global Solution (SGS) starts to develop a new division which focuses on creating and developing information system application. The success of this model of Application has impacted on our new phase of business. Thus, we are taking this challenge to develop a new business entity which specifically focused on the core of business IT, PT LENSA ESA INTERNASIONAL (Lensa Software).